An ischaemic stroke is caused by a blockage to one of the arteries in the brain due to a blood clot. Guidelines support immediate antiplatelet therapy, with aspirin, to help prevent the formation of new clots and improve recovery and outcomes after a stroke1.

A major concern and consequence of stroke is long term disability which is linked to poor prognosis and quality of life as well as a high cost to society 2. Reducing the risk of recurrent stoke is an important objective for acute stroke management as this will reduce the level of overall disability experienced3.

Aspirin has been shown to reduce the risk of recurrent disabling stroke in the first 3 months following a TIA or ischaemic stroke4 and is a vital part of acute stroke or TIA management.

The summaries below look at current research articles in stroke management including the safety and efficacy of dual antiplatelet regimens.

The authors included 11 studies, with a total of 42,226 participants, conducted before August 2020 in the review. There was an equal mix of males and females, and a significant proportion of the participants were over 70 years. Most of the evidence included in the review was from aspirin studies.

The results show that aspirin (160-300 mg daily) if started within 48 hours of stroke symptoms reduced the risk of a recurrent ischaemic stroke within the first two weeks and reduced death rates and dependency levels. They also found a benefit if aspirin was started later than 48 hours but within two weeks. This was achieved without a major risk of bleeding in the brain.

‘For every 1000 people treated with aspirin, 13 people would avoid death or dependency (number needed to treat for an additional beneficial outcome 79).’

This evaluation of data from the Acute Stroke or Transient Ischaemic Attack Treated with Ticagrelor and Aspirin for Prevention of Stroke and Death (THALES) trial aims to compare ticagrelor plus aspirin with aspirin alone for reducing disabling recurrent stroke after an acute stroke or transient ischaemic attack (TIA).

The 11,016 participants with a noncardioembolic, nonsevere ischaemic stroke or high-risk TIA were randomised to receive either ticagrelor, at a loading dose of 180 mg within 24 hours of symptom onset and 90 mg twice daily thereafter, or placebo. All the participants were given aspirin at a dose of 300-325 mg on day 1 and 75-100 mg daily thereafter.

The results showed that ticagrelor plus aspirin significantly lowered the risk of recurrent stroke or death over the next 30 days (4.0% vs 4.7%) and this combination treatment also reduced the total disability burden. The number needed to treat (NNT) to reduce the risk of disabling stroke and death was 133.

‘In patients with TIA and minor ischemic stroke, ticagrelor added to aspirin was superior to aspirin alone in preventing disabling stroke or death at 30 days and reduced the total burden of disability owing to ischemic stroke recurrence.’

Efficacy and safety of DAPT for people with moderate ischaemic stroke

This post-hoc exploratory analysis of the THALES trial seeks to understand if aspirin plus ticagrelor for DAPT is beneficial to people who suffered a moderate acute ischaemic stroke. The authors explain that strokes of more moderate severity have a higher risk of poor outcomes when compared with those of lower severity and finding ways to manage this in the acute setting is therefore of interest.

The investigators found that although people who have a moderate ischaemic stroke (NHSS score 4 or 5) have a higher risk of recurrent stroke or death when compared with those who have had a less severe ischaemic event (NHSS score 0-3) the efficacy and safety of ticagrelor added to aspirin was similar. In this analysis of THALES, the primary efficacy outcome of time to recurrent stroke or death in the first 30 days, in those with an NHSS score of 4-5, had an event rate of 7.6% (129 of 1671) in the ticagrelor plus aspirin group and 9.1% (150 out of 1641) in the aspirin and placebo group. In the lower severity group (NHSS 0-3) the event rate was 4.7% (158 of 3359) in the DAPT group and 5.7% (190 out of 3312) in the aspirin plus placebo group. In the moderate stroke group severe bleeding occurred in 8 patients (0.5%) in the DAPT group and 4 patients (0.2%) in the aspirin plus placebo group. For those with less severe stroke 16 patients (0.5%) had a severe bleeding event in the DAPT group, and 3 patients (0.1%) experienced one in the aspirin plus placebo group. The dual combination therapy is therefore beneficial in both groups, being both safe and effective, and able to reduce the risk of a further disabling stroke.

The authors suggest that:

This systematic review and meta-analyses looked at the efficacy and safety of DAPT versus aspirin alone after stroke or TIA. The primary safety outcome was risk of recurrent stroke, and the primary safety outcome was risk of bleeding. Secondary outcomes included risk of ischaemic stroke, haemorrhagic stroke, major cardiovascular events and all cause death.
The meta-analyses included four randomised controlled trails (FASTER 2007, CHANCE 2013, POINT 2018 and THALES 2020) and 21,459 patients. The first 3 of these trials use aspirin plus clopidogrel for DAPT and THALES uses aspirin with ticagrelor.

The number needed to treat (NNT) to prevent an additional ischaemic stroke, using aspirin plus clopidogrel ranged from 21-58 and 78 when using DAPT with ticagrelor compared with aspirin monotherapy. The number needed to harm with a major bleeding event was between 40-186 in the FASTER and POINT trials for aspirin and clopidogrel patients and 221 for aspirin with ticagrelor in THALES. In CHANCE patients taking aspirin and clopidogrel had a lower bleeding event rate than the aspirin monotherapy arm. Overall, the absolute benefits of DAPT appear to be greater than the increased risk of bleeding.

“As compared to aspirin alone, short-term DAPT within 24 hours of high-risk transient ischemic attack or mild-moderate ischemic stroke reduces the risk of recurrent stroke at the expense of higher risk of major bleeding.”

In this post hoc analysis of 4781 participants from the POINT trial the investigators found that patients with a systolic blood pressure (BP) of less than 140 mm Hg benefitted more from 90 days of DAPT particularly in terms of recurrent stroke reduction than those with a systolic baseline BP of over 140 mmHg. Patients with a baseline systolic BP of 140 mm Hg or less taking DAPT had a reduced risk of recurrent stroke of 64% within 90 days of the first event compared with aspirin alone. However, if they had a baseline BP of more than 140 mm Hg no benefit for DAPT was found.

This, however, differs from findings in the CHANCE trial, where a significantly lower risk of recurrent stroke was only found in patients taking DAPT with a baseline systolic BP of 140 mm Hg or more

“Additional research is needed to replicate our findings and potentially test whether mild SBP reduction and DAPT within 12 hours of stroke lowers early risk of stroke recurrence.” 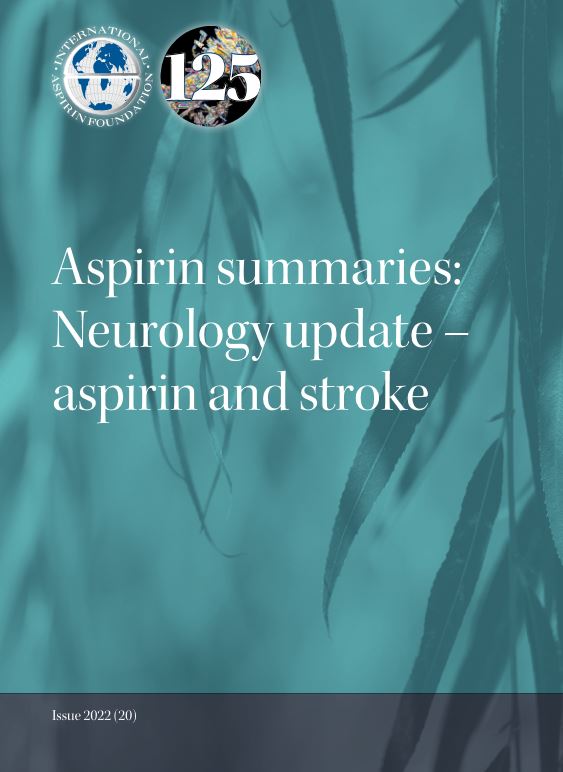